Why are we building so little housing for later living? 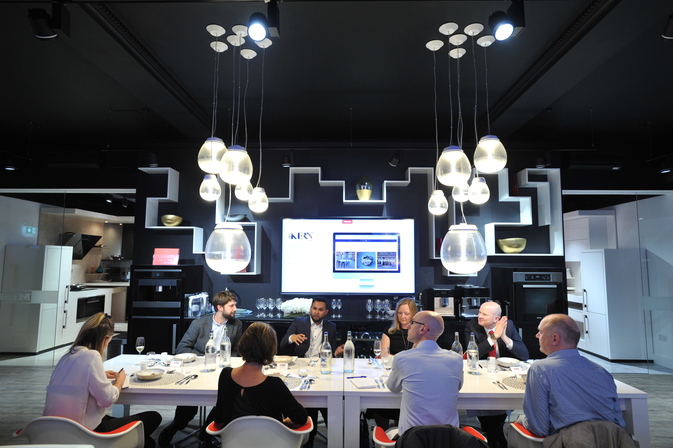 The later living sector has taken a leap forward in quality, with young architects ‘queuing up’ to design older people’s homes, according to one panellist. So why are there so few being built? Sponsored by Miele

The affordability crisis for first-time homebuyers remains at the top of the political agenda. But, while young people struggle to get a foot on the housing ladder, the UK also has a serious undersupply of homes designed and built for the over-55s.

The current life expectancy in the UK is 83 for women and 79 for men. In 1901 it was 49 and 45 respectively. Despite this huge demographic shift, just 2 per cent of the country’s housing stock is designated retirement accommodation.

Building more high-quality homes for older people will encourage people to ‘rightsize’ voluntarily, rather than wait until a ‘crisis event’ triggers such a move, and in doing so frees up a much-needed family-sized home.

According to research by the Centre for Economics and Business Research, some 3.1 million households aged 55 or over are looking to move. So why is the demand for the ‘last-time-buyer’ not being met? From unhelpful planning policy to – as Levitt Bernstein’s Julia Park puts it – a ‘mindset that older people’s housing is not about us’, the sector is hindered by challenges and the AJ invited a panel of leading architects and developers to discuss how they might be addressed as well as how far the sector has come.

The discussion began by looking at how options for over-55s have traditionally been limited to either staying put in unsuitable family-sized houses or moving to care homes, nursing homes or almshouses.

Now, as Park explained, the sector has seen an ‘enormous leap forward’ as specialist retirement housing has begun to fill the gap between those two ends of the spectrum.

‘We’re on the cusp of seeing housing specifically built for older people that is genuinely tempting us to move for choice rather than necessity,’ she said.

These flats or homes are built with older people in mind and have their own front doors, access to communal areas and varying levels of support and extra care. Crucially, according to the panel, they are also of a high design quality.

The improvement in design for older people’s housing, according to PRP’s Anne-Marie Nicholson, can be traced back to the government’s publication of the ground-breaking HAPPI report in 2009. Jointly commissioned by the DCLG and the Department for Health, the report shifted the parameters. ‘Other reports were about enabling homes, and making it possible for someone to bathe and cook for themselves. The HAPPI report said let’s make it aspirational housing,’ she said.

Park pointed out that the report’s publication also coincided with the arrival in the marketplace of a cohort of older people who were more discerning customers than the previous generation. She said: ‘We’re not keen to be labelled and told it’s bath time; whereas my parents and certainly my grandparents accepted what was best for them. At least what’s best for us is getting better.’

Patrick Devlin, of Pollard Thomas Edwards, agreed, adding: ‘The opportunity we have is that there are more older people who have higher aspirations than previous generations.’

But, despite the advances being made in design, the panel was unanimous in its concern over the sector’s lack of growth.

Devlin said the supply was so small – a 2017 report found there were 720,000 retirement housing units in England and Wales –  that ‘most areas in the UK probably would not have seen a decent older people’s housing scheme’.

Khalil Rehman, design manager at specialist housebuilder PegasusLife, argued that the biggest barrier for the sector’s growth is resistance from local authorities. He said: ‘Designers do a fantastic job of coming up with a concept, but then the barrier comes during planning. Trying to educate planners, policy-makers and council members is a huge challenge.’ The issue is that specialist housing falls into the same planning class as general use housing (C3), so retirement housing developers face section 106 charges to fund affordable housing. This is despite the fact retirement schemes often include communal facilities, which deliver wider social benefits.

Dominic Milner, of Maccreanor Lavington, said the problem was preventing developers from promoting older people’s housing as a component of a mixed-use scheme. He said: ‘It needs to be competitive with pure residential or pure PRS, so you can have more intergenerational schemes.’

The sector has long struggled to be understood, Nicholson said, adding: ‘There’s an ignorance throughout. Quite often people think housing for older people is a thing apart and not part of the fabric of a community, be that affordable, mid-market or luxury.’

Rehman also raised the issue of how retirement homes are perceived by potential customers. The average age of a PegasusLife customer is 78, but the quality of the product could be attractive to much younger people, he pointed out.

‘Are there a lot of people out there who can’t take the plunge?’ wondered Milner.

‘We have equity in our homes and moving is an emotional wrench,’ answered Park, adding: ‘We think: “that’s for old people”, even though when we look in the mirror we know we’re old, we still think we’re not ready to move.’

Faced with a paucity of choice, some baby boomers have shown themselves to be unwilling to wait around for developers to get involved and have taken it upon themselves to develop retirement homes to their own designs.Devlin, who has worked on the pioneering scheme for Older Women’s Co-Housing in north London, spoke about the rise in housing developed by what he called ‘special interest groups’. ‘When we get older, we want to live with people who are like-minded,’ he observed.

The importance of choosing who you live with – or ‘intentional communities’ – became especially clear to Devlin through his experience of working with London Older Lesbian Cohousing. ‘The LGBTQ situation is really interesting,’ he said. ‘There is anecdotal evidence of people “going back in the closet” when they go into a retirement scheme because its residents are not necessarily receptive to the idea.’

The AJ’s Will Hurst wanted to know how design could respond to special interest groups’ needs. Devlin said co-design processes he had been involved with had identified daylight, spaces to meet informally, common rooms and circulation as key priorities.

Speaking about PegasusLife’s design principles, Rehman stressed the importance of large windows for light, in-built flexibility of arrangement so that homes could adapt to the changing needs of residents and the idea of home as a sanctuary.

The panellists remarked that specialist homes were keen to tackle loneliness and isolation through the provision of communal spaces. ‘Many widowed people don’t speak to other people for days on end. People call up their carers just to have a chat,’ Rehman added.

Older people also bring huge value to communities, argued Nicholson. She said: ‘We’ve got to put old people in the middle of the masterplan. They create community; they are free security; and they look after the kids.’

To round off the debate, Hurst asked the panel what they thought was the one thing that would promote good design in older people’s housing.

Nicholson said she would seek to improve awareness beyond the sector of how ‘liberating and exciting’ it was to design later living homes. ‘Poor design in this sector boils down to ageism and ignorance,’ she said. ‘There isn’t enough understanding or acceptance that this time of life is exciting. We need to make people stop thinking about chintz.’

Tackling the planning use class issue and resistance from local authorities was at the top of Rehman’s agenda. Milner said an act of parliament was needed to bring about the required change.

Park said one of the biggest issues was that many people thought about older people’s housing and retirement housing as though it were not ‘about them’. She said: ‘Imagine yourselves at ages 50, 60, 70, 80 and 90. Ask yourselves where are you going to want to live and what should you be doing to make that possible?’